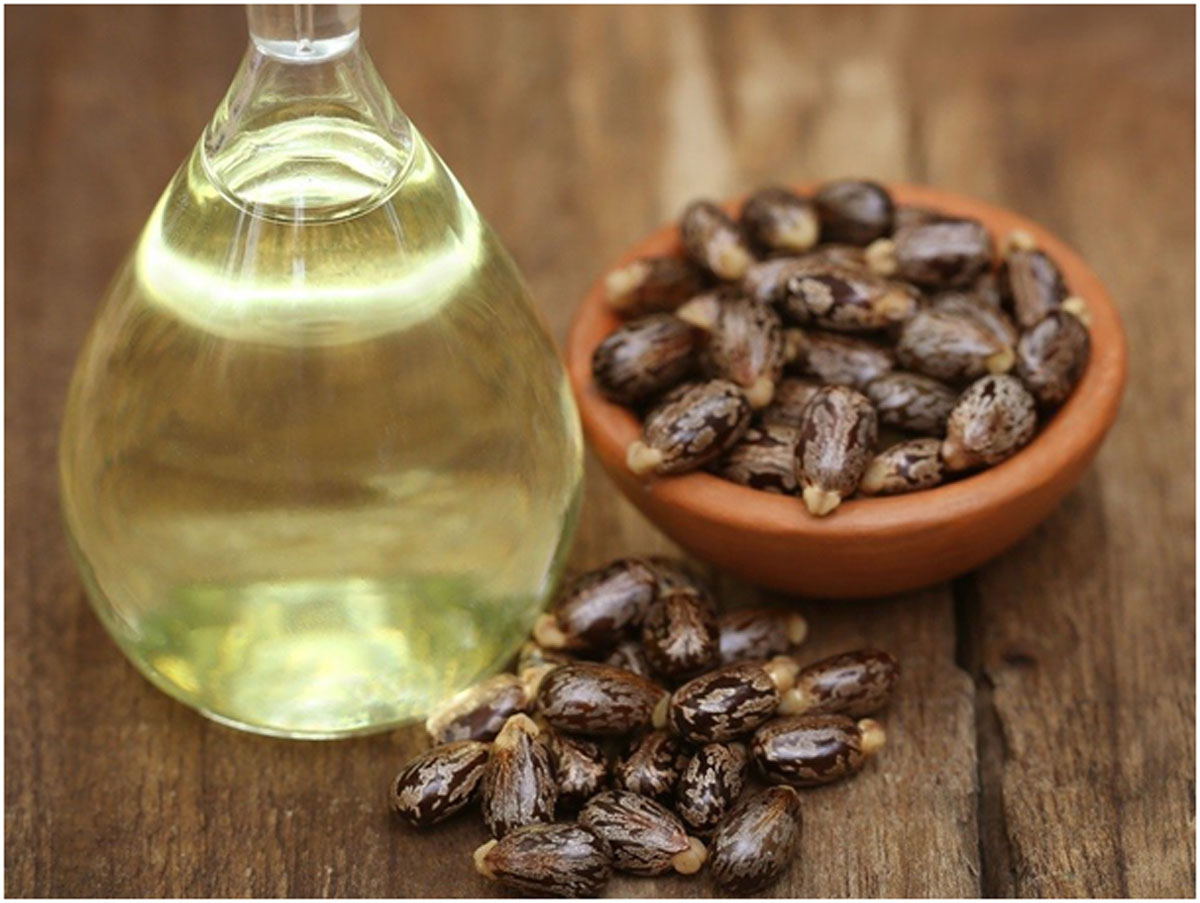 Castor oil is a translucent oil with a slight yellow tint. This oil is an active ingredient in many household items like cleaning products, paints and many more.

Castor oil speeds up the process of digestion by breaking down into ricinoleic acid in the small intestine. Although evidence is less conclusive. Castor oil has also potential benefits for face and skin.

When castor oil is broken down into ricinoleic acid it is thought to increase absorption in the skin which helps in the treatment of various skin conditions like dermatosis, psoriasis, and acne. There are certain reports which demonstrate that castor oil promotes hair growth, including eyelashes.

So, if you are looking for a natural remedy to increase the length of your lashes then take a little bit of castor oil on spooly and apply it on the eyelashes. Make sure not to apply too close to eyeballs as castor oil can make you cry.

Castor oil has got many beauty and skin benefits. The following are the benefits of castor oil.

This oil helps in improving the skin texture as it is rich in fatty acids which helps in enhancing the smoothness and decreasing fine lines and wrinkles.

Castor oil helps in promoting the growth of healthy skin tissue as it contains fatty acids which help in restoring uneven skin tone.

Castor oil has got low comedogenic score making it ideal for sensitive skin people. It won’t clog the pores which reduce the risk of formation of whiteheads and blackheads.

They are many expensive products in the skincare industries which have the same properties such as maintaining moisture balance, promoting a healthy complexion, in low-cost castor oil. Thus castor oil is good for the skin as well as pocket-friendly.

It protects the skin harmful microbes and inhibits the production of harmful bacteria which causes diseases.

It contains triglycerides which help in maintaining the skin moisture making it ideal for dry skin individuals.

Castor oil also acts as a humectant which helps in drawing moisture from the air which keeps the skin well moisturised and hydrated.

Castor oil act as a good makeup remover as it doesn’t clog the pores. It contains triglycerides which help in deep cleansing by removing dirt from the skin.

it works as a laxative for constipation when taken by mouth.

People who use contact lenses in day to day life may experience the symptoms of dry eyes. Dry eyes can be treated with eye drops containing castor oil

60mL dose of castor oil helps in starting childbirth within 24 hours in at least half of the women.

Constipation:- 15-60mL by mouth in a single dose

Colonic evacuation:- same as constipation 15-60mL once by mouth, 16 hours before the procedure.

Side effects of castor oil